Trials and Tribulations by Ridge The Kidd ft. K9 Uno

“Trials and Tribulations” is Ridge The Kidd and K9 Uno’s fresh new joint effort, a tune with an organic and colorful beat and a sequence of increasingly stunning voices and lyrics that work nicely to produce something clever and authentic.

People can yell and shout to the music of Ridge The Kidd when he comes on. Born and raised in the urban area of Lewisburg, Tennessee, he has a lot on his plate. Growing up wasn’t easy, but he overcame challenges like heartbreak and drug misuse along the way. After that, he decided to devote his life to music, having been an avid listener since he was very young.

There are other artists, such as Michael Jackson and Kevin Gates, that have inspired him. The Kidd Laroi is also a considerable influence. He’s now putting in as much time as he can working on music, and he’s always creating new music. That’s right, and he’s got it!

“Trials and Tribulations,” which begins with a quiet yet intentional hip hop style and structure, highlights the melodic and rhythmic aspect of the artist’s performing style and originality in a seamless and current manner. While there are many parts that blend well with today’s sound, plenty also feel very fresh – more so as the music develops.

The song begins with an uplifting summer vibe, a happy bounce of a beat that isn’t heavy or sad. Then you get the artist Ridge The Kidd’s leading voice, which is robust and clever, rhythmically faultless yet humble, and supremely confident enough to get you listening in a genuine and likable way.

“Trials and Tribulations” is a piece of music with a lot going on: it’s episodic, constantly moving, and engaging. This can drown out some songs, but here’s an example of how to achieve something difficult without blowing it out of proportion. This release is a fantastic partnership that took place in an excellent environment. 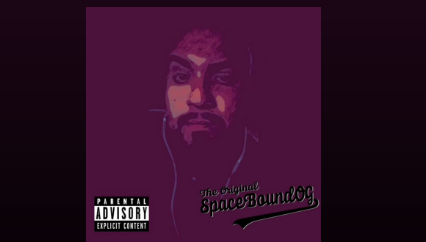